Twix is the only candy with the cookie crunch

Do you remember man?

Yeah of course I remember. It was a surrealistic moment. I flew to Italy a few weeks prior to a Frowning Clouds tour. I drove from Milan airport straight to a Lumpy and The Dumpers show in Monza. I was so loopy and have little recollection of the night. All I remember is hanging out with you and Dadar and doing an interview pretending I was in Lumpy and The Dumpers. I hung around on their European tour for a week, vomited from eating too many Valencian oranges, then had 10 days by myself in Milan. I was so lonely. I just spent most of my time walking around in public parks, reading my book and eating second rate pizza. I remember sending you a message just being like “I NEED TO TALK TO SOMEBODY” I was so stoked when you drove from Parma to meet me. We went straight to some Facebook Marketplace family home in Como to buy a guitar and the family was looking at me like I was an alien. I put on an even thicker Australian accent and started talking about crocodiles and kangaroos to their kids. I asked them if they had ever seen George Clooney, but they hadn’t.

From then on we spent few days together, ate as much as we could (just to feed some useless stereotype about Italy) and played some AC/DC..

I don’t know if you knew how happy I was when you organised a rehearsal spot for us to make some noise with Luca. I hadn’t played music with anybody in a month or so, and didn’t realise that I was having withdrawals. I know you lot are sick of pasta, at least according to the Dadar 7”, but I loved it so much. The carbonara that either you or Lucy made hit the spot. Also, that fancy place we went to in Como. I haven’t eaten meat for a couple of years now, but I feel like I’d be tempted to if I went back there. As for the jam, I remember playing some songs by The Victims, AC/DC, The Saints and I think we threw UFO Dictator by Tampax in there for good measure.

“I tend to get a little cheeky when I am overseas. Telling lots of lies about Australia. Just little pointless ones like ‘We don’t have chewing gum’ or ‘Purple cars are banned, because our prime minister is allergic to grapes”

As you said you weren’t in Italy with one of your bands but luckily Italy was included in the Lumpy & The Dumpers tour!

Ausmuteants were meant to play in Italy, well technically Sardinia, but unfortunately due to a huge basket full of shitty organisation we had to cancel. It was probably the most exhausted and defeated I’ve ever felt. I think that’s why the following year I made a point to come to Italy by myself for a holiday. It was just a nice coincidence that my St Louis buddies were on tour at the same time.

Going back to food, what was that typical Australian kinda hot-dog super deep-fried you said I should definitely try?

Haha, mate, I have no idea what you’re talking about! Maybe a sausage roll or a meat pie? Maybe I just made something up. I tend to get a little cheeky when I am overseas. Telling lots of lies about Australia. Just little pointless ones like “We don’t have chewing gum” or “Purple cars are banned, because our prime minister is allergic to grapes”.. I wouldn’t be surprised if I told you that we don’t have ovens and you have to deep fry everything you eat.

Btw I guess things that only seem to be sold in Australian Fish and Chip shops are Chico Rolls and Dim Sims – Oh shit, that’s what I was talking about earlier – the deep fried hot dog. It’s pretty gross, but all the bands that want to be Cosmic Psychos pretend to like it. The majority of Australian restaurants in metro areas are other Countries’ cuisines. In Melbourne (where I live) there are large Vietnamese, Greek and Italian populations, so when I eat out, it’s more often than not one of the above.

Are you good at cooking? Who in general of your bands is the best and the worst?

Out of all my bands, I think Ausmuteants are the best cooks. They would give any other band a good run for their money at cooking. All four of us make great food. Billy was a chef, Marc has all of these New Zealand baking skills, Shaun has all of the Chinese mum kitchen secrets and I watch a lot of cooking shows. As for the worst food, we didn’t cook it, but when I was in Hanamatsu, Japan, I ate a ‘Noodle salad’ that tasted, and had a slimy texture similar to what I imagine alien jizz would be like.

Well, maybe we should talk about music, that I guess was the aim of this interview. What you’re doing man? Alienosejob seems your main project at the moment. You’ve joined Smarts? Ausmuteans put definitely on hold?

Yeah, Ausmuteants are finished, but I might do another band with Shaun and Billy soon. Alien Nosejob is nice because the recording side of it is just in my bedroom, which is a place I spend a lot of time. I’ve recently started doing it as a band, but so far (due to COVID) we have only played one show. At the moment I am juggling Alien Nosejob (no genre restriction), Smarts (goofy, weird punk), Swab (Boston Hardcore influenced), The Stingers (surf instrumental) and I’ve got a few recording things I’ve got lined up with some friends, but nothing too formal or stressful.

“I try to be open to everything now, I really don’t want to be one of those older people that rejects what the younger generation is doing/interested in. You know the kind of people that are like ‘Punk or nothing!’ or ‘I only listen to music between 1965 – 1968’ – Fuck that.”

The very first time we’ve got in touch was 2014 for the interview on the first issue of Sottoterra (with Billy) about Geelong, Anti Fade and all your (and not) bands that were growing at that time. You’ve been living in Melbourne for a few years, how is the situation now in Geelong and with new generation in general?

I was in Geelong on the weekend actually. I miss that place a lot. I’m not sure how quickly things will return to ‘normal’ post-COVID, but I imagine that guitar music will always exist in some form and move in and out of popularity like soundwaves. I’m unsure if I’ll be an older cousin to the new generation of Australian music weirdos, but I’ll always be interested in what gets created. I think one of the best things about kids who have grown up in an internet age is that they seem to like lots of different stuff. They’ll play Discharge, Blood Incantation and Billie Eilish all in the same Spotify playlist. I was always a little ignorant when it came to modern music, which is a thing that kind of shits me about myself. I try to be open to everything now, I really don’t want to be one of those older people that rejects what the younger generation is doing/interested in. You know the kind of people that are like “Punk or nothing!” or “I only listen to music between 1965 – 1968” – Fuck that. At the time, I hated a lot of pop music in the 90’s and early 2000’s, but I love it now. So, who knows, perhaps I’ll do an album in 2034 that sounds like Playboy Carti or Ariana Grande?

Hmm, I was convinced you’d have mentioned The Chats!  “Lorenzo buddy, I loved ya pasta and hanging out. But this song straight up sucks” Ahaha

This was just me being a cheeky monkey. I got no issue with the Chats. They know how to write a tune and by all counts they’re a pack of legends. I reckon it’s great they have such a huge followin.

Too bad, I thought I would pop a Super Stanzy scoop at the first appearance! I’ve failed… Instead, do you guys hanging at Caltex or is it just Kel and the Gee Tee?

Maybe that’s an extension of the aforementioned Cosmic Psycho’s view of Australia. Post-Brown Cardigan (Australian blog / Instagram page that makes fun of ‘bogan’ culture) times. Where people (ironically or not) have mullets, wear singlets, drink longnecks of VB, have a tattoo of Bob Hawke and talk in over-the-top Australian accents. I reckon that Gee Tee song is catchy and sure, I’ll go to a Caltex when I need to fill up petrol, but only if it’s cheaper than a BP.

Since we’ve talked for no big reasons about food, Super Stanzy are obsessed with this topic: (personally I don’t like sweet snacks and I don’t give a fuck but shhhh…) Twix or Mars?

I’m way more of a savoury boy than a sweet boy, but Twix is the only candy with the cookie crunch. 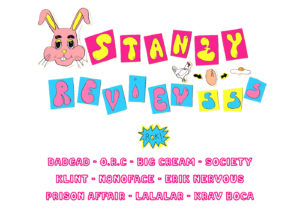 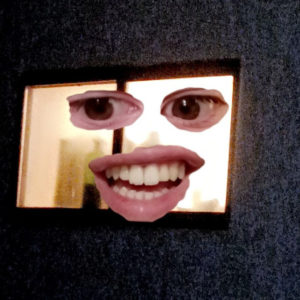 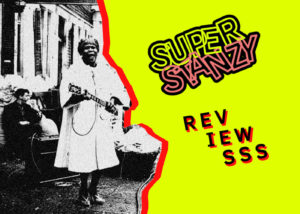 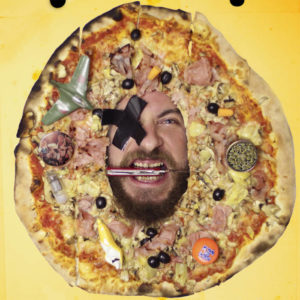 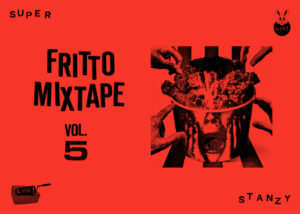 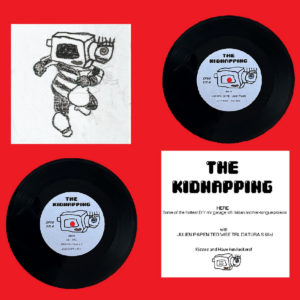